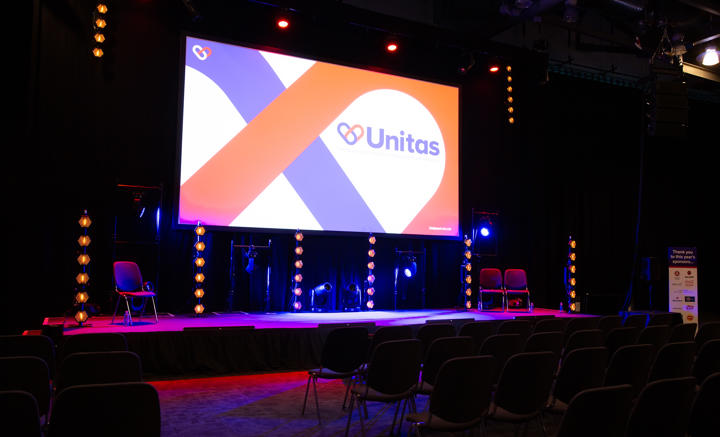 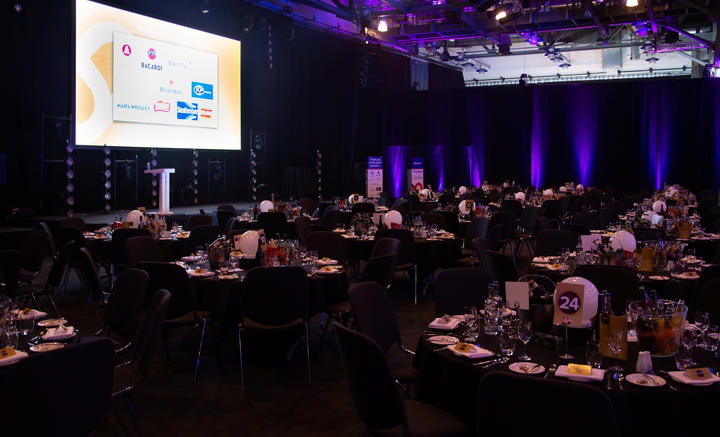 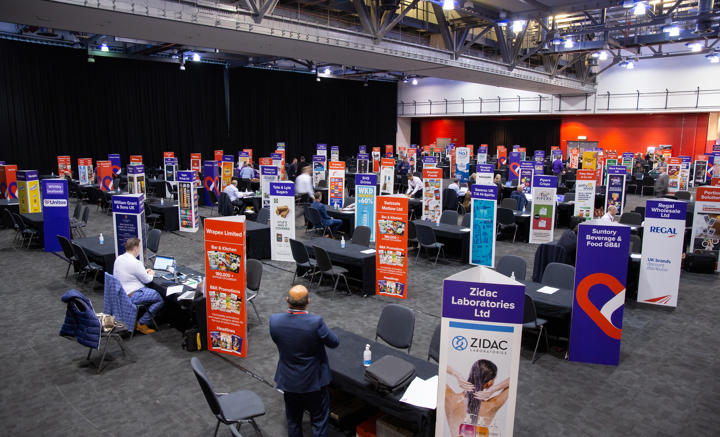 Unitas Wholesale held its annual Autumn Trade event at ACC Liverpool in September 2021 within Hall 2 of the convention centre.  Unitas made the difficult decision to postpone its overseas event in Tenerife due to travel restrictions imposed during the Covid pandemic. However, due to ongoing relationships with ACC Liverpool and having hosted five trade events at the venue, the decision was made to host the 2021 autumn event in Liverpool instead.

Having worked with Unitas for a number of years, the venue’s production team understood the event requirements and worked closely with Unitas’ event management company InSynq. This event however had the added complexity of working within Covid restrictions under the government’s ‘Plan B’ which included measures such as face coverings and enhanced cleaning.  Throughout the pandemic, ACC Liverpool adhered to secure measures in line with the government approved ‘All Secure Standard’ and as part of a series of accreditations received by the venue including VisitEngland’s ‘We’re Good to Go’ industry standard for tourism and hospitality.  All teams worked closely together to manage restrictions.

The production team advised and delivered a number of solutions for the event, including creating a number of different layout options for the conference and dinner in Hall 2.  These developed and changed a number of times and the venue’s in-house designer provided plans, visuals and designs which enabled the client to visualise how the event would look.  A full package of sound, video, lighting and rigging was provided.

The format of the event consisted of a Senior Supplier Briefing in the afternoon before the full conference, where delegates utilised breakout spaces in the convention centre. The second day made use of the purpose-built conference stage for two morning briefings and then all members moved into the second half of Hall 2 for a ‘speed dating’ style event.  The venue’s in-house facilities team provided a bespoke electrical fit up within the hall to ensure that all traders had power at their tables, enabling them to access the internet and hold virtual meetings throughout the day.

The evening dinner and awards took place within the same hall as the morning conference. There was a small window of opportunity to turn around the space to create a different feel within the main room which was achieved seamlessly. The evening was hosted by comedian Patrick Kielty with a combination of awards and a three-course meal provided by the venue’s in-house catering partner, Sodexo.

Russell Gilbey, from Insynq, said: “Our client has hosted their event at ACC Liverpool every year since 2016 and the successful delivery of the conference and dinner is largely down to the venue team.

“From the sales process to event delivery, I know we are in safe hands with every member of staff.

“The client is so satisfied and confident with the team that they intend to return for at least the next four years.”

Marcus Kerr, ACC Liverpool production manager, said: “Unitas was one of the first larger scale on-site conference and dinners we were able to host following the pandemic.

“The relationship that we have with Unitas and the trust the team put in us from design to delivery led to a very successful event.”

Delivering world class concerts, family, comedy and sporting events, M&S Bank Arena Liverpool is one of the most prestigious entertainment venues in the UK and is a proud part of the ACC Liverpool family.

TicketQuarter is a full service ticketing agency set up by the team at M&S Bank Arena, offering a complete end-to-end ticketing service for the entire events industry.