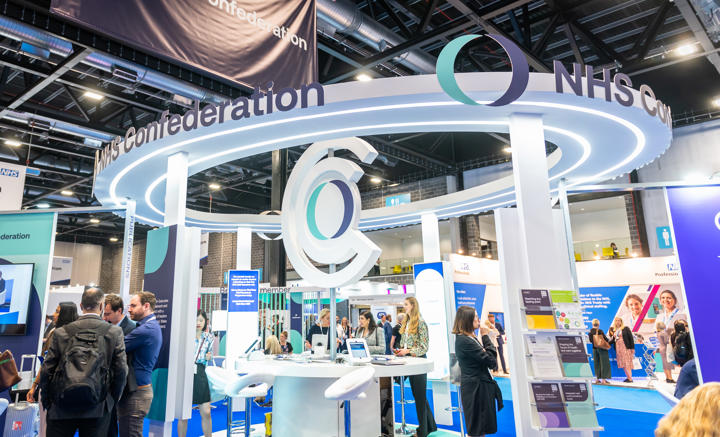 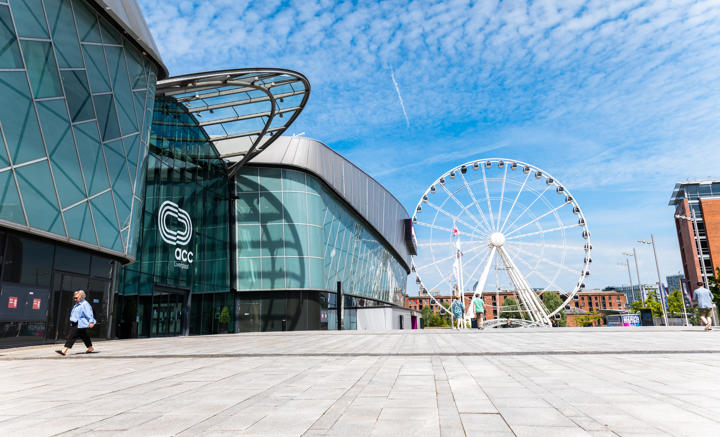 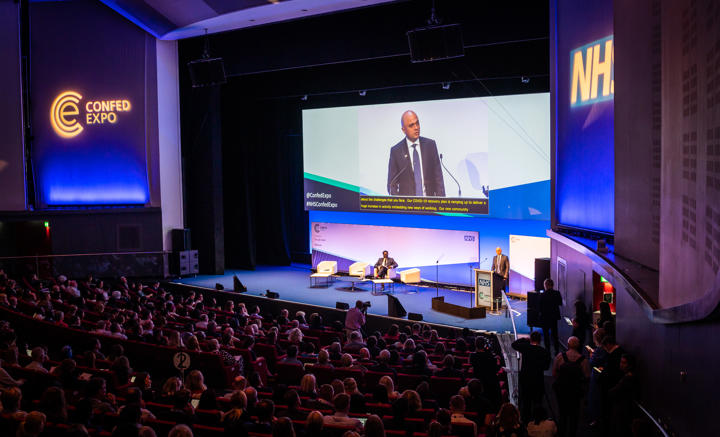 Previously known as NHS Confederation, which has taken place in ACC Liverpool and adjoining arena four times since it opened in 2008, this is one of the largest health and care conferences on the NHS event calendar.

A total of 4,500 delegates attended the conference and exhibition which this time took place in the auditorium within ACC Liverpool and Exhibition Centre Liverpool, also part of the event campus.

ACC Liverpool’s in-house production team designed and delivered a technical package which included custom sets and lighting in the auditorium and foyer of the convention centre and in the exhibition centre.  A larger projection screen featured on the auditorium stage and an LED wall in the exhibition centre screened content together with palantypist captions.  They also provided speaker preview and autocue with content live streamed to You Tube.

The event consisted of more than 250 sessions including keynote speakers, theatre sessions, workshops and interactive discussions.  An exhibitor and partner zone were created in the exhibition for 110 exhibitors including the Care Quality Commission, General Medical Council, Alzheimer’s Society and British Red Cross.  The ACC Liverpool team created a series of plenary theatres within the exhibition area and banner rigging throughout this space.

Sajid Javid, the health and social care secretary, delivered a keynote speech in the venue’s auditorium where he addressed the digital health and care plan, health disparities white paper and the NHS’s first ever 15-year workforce strategy.

Nick Westerman, senior event manager for NHS Confederation, said: “This was our fifth event at ACC Liverpool since we first held NHS Confederation at the venue in 2010.  As it is a complex event, we thought there may be some challenges but the entire ACC Liverpool team ensured everything ran smoothly – from the sales process to event delivery.”

Dave Bateman, ACC Liverpool digital production manager, added: “While we have held a number of NHS Confederation events at ACC Liverpool since we opened in 2008, this was the first time NHS ConfedExpo has taken place in this larger format.

“There were a number of different elements involved in this conference and exhibition which enabled us to design bespoke technical and production solutions including a full custom stage set incorporating edge blended projectors in our main auditorium, and an additional custom stage set and large LED video wall in the exhibition centre.

“This was a striking and impressive way to provide delegates with real-time content.”

Delivering world class concerts, family, comedy and sporting events, M&S Bank Arena Liverpool is one of the most prestigious entertainment venues in the UK and is a proud part of the ACC Liverpool family.

TicketQuarter is a full service ticketing agency set up by the team at M&S Bank Arena, offering a complete end-to-end ticketing service for the entire events industry.